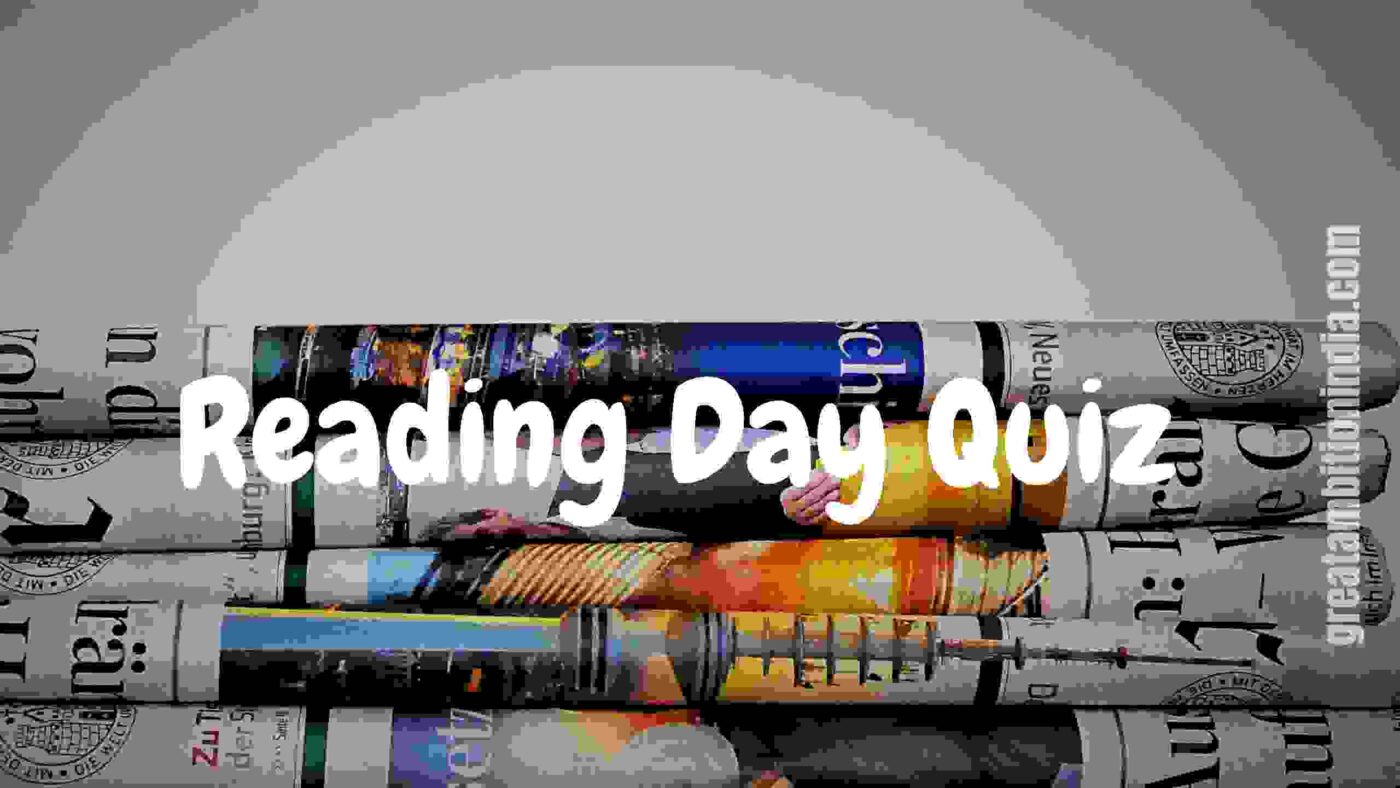 we are celebrating Reading day on June 19 to honour PN Panicker ,the father of Library movement in kerala. It is the death anniversary of PN Panicker.vayana dinam observing here with a week- long series of activities to honour him.

1. Which Day is Celebrated as reading Day ?

2. Whose death anniversary is celebrated as reading day in Kerala ?

3. What is the slogan of Travancore Library Association ?

4. Which year the Reading Day started in Kerala ?

5. Who is known as the father of Indian library movement ?

6. Who is the founder of Kerala Grandhasala ?

7. Who is the First National Librarian of India ?

9. Which day is known as world book day ?

10. Which is biggest library in India ?

Answer – The National Library of India

13. Where is The National Library of India located ?

15. How many books are in the Library of Congress ?

17. Which is the biggest library in world ?

Answer – The Library of Congress

18. Which is the second largest library in India ?

19. Who started the first library ?

20. When was the first library opened ?

21. Who invented the reading ?

22. Which is the first vayanashala in Kerala ?

23. Who is the author of Krishna Gadha ?

24. Who is known as the father of Malayalam language ?

25. Who won the first Ezhuthachan award ?

26. Which was the first novel in Malayalam ?

27. Who is the founder of the Kerala kalamandalam ?

28. Where is the headquarters of Kerala kalamandalam ?

29. Who is popularly known as Kerala kalidasan ?

31. who is popularly known as Kerala vyasan ?

34. The work as Known shakuntalam in Malayalam is ?

35. who is popularly known as the poet of nature ?